The Hanoi school concept developed out of a number of different invitations and possibilities throughout Asia. Vietnam was selected as the primary site for the next LCMS international school since the LCMS NGO, headed by Ted Engelbrecht and his staff, have been successfully working in Vietnam for the past 13 years. There is also a great need for education generally and for international education specifically in the city of Hanoi. In addition, the people within the U.S. Embassy and the business community expressed a desire for a school like HKIS and CISS to come to Hanoi: a high-quality, values-based school that could serve the foreign and American populations as well as local students.

In the fall of 2006, the leaders of LCMS World Mission team visited Hanoi with Dr. Allan Schmidt and Dr. Greg Sawyer for an assessment and validation of the opportunities presented to the LCMS. A feasibility study was completed in November of 2007. The study looked at both Ho Chi Minh City and Hanoi. Strong evidence of need and opportunity pointed to Hanoi. In the spring of 2008, LCMS leaders came to Hanoi to meet with government officials. Some attended a reception for Vietnam and US government officials, educational leaders and corporate leaders in Hanoi held by U.S. Ambassador Michael W. Michalak. Over seventy people listened to Ambassador Michalak extol LCMS schools in the U.S. and abroad.

The writing of many documents for the application to the government of Vietnam was in the process for the next two years. Some of the documents included were a PS-12 curriculum, a feasibility plan, a charter application, a financial plan, a temporary building plan and/or permanent location plan for the proposed school. After several revisions and adjustments, the application was accepted for review by the Hanoi government and the Ministry of Education and Training of Vietnam. After numerous meetings, resubmissions, and clarifications, Concordia received approval to open by the Hanoi’s Peoples Committee 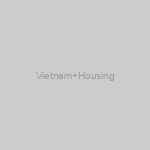